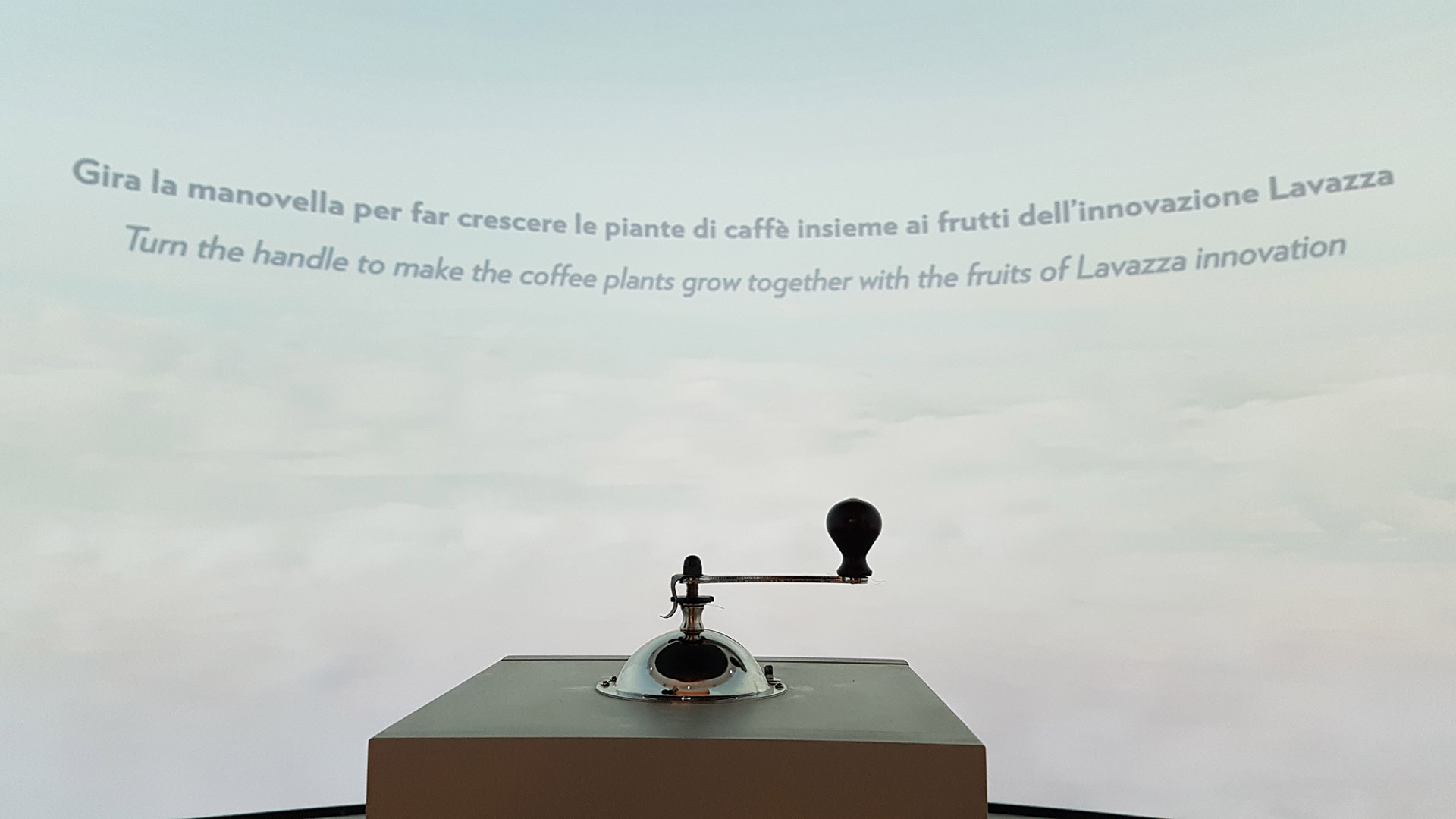 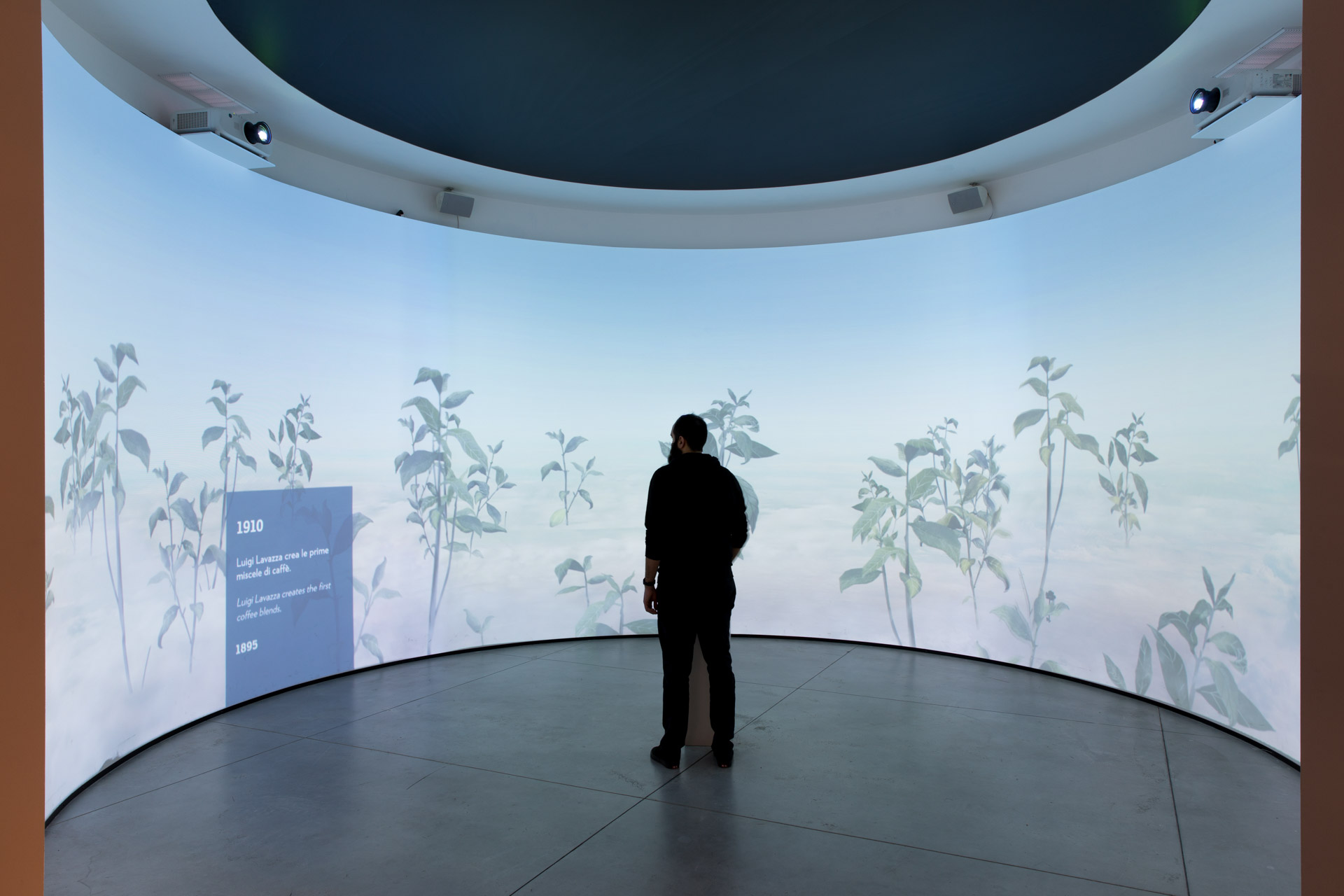 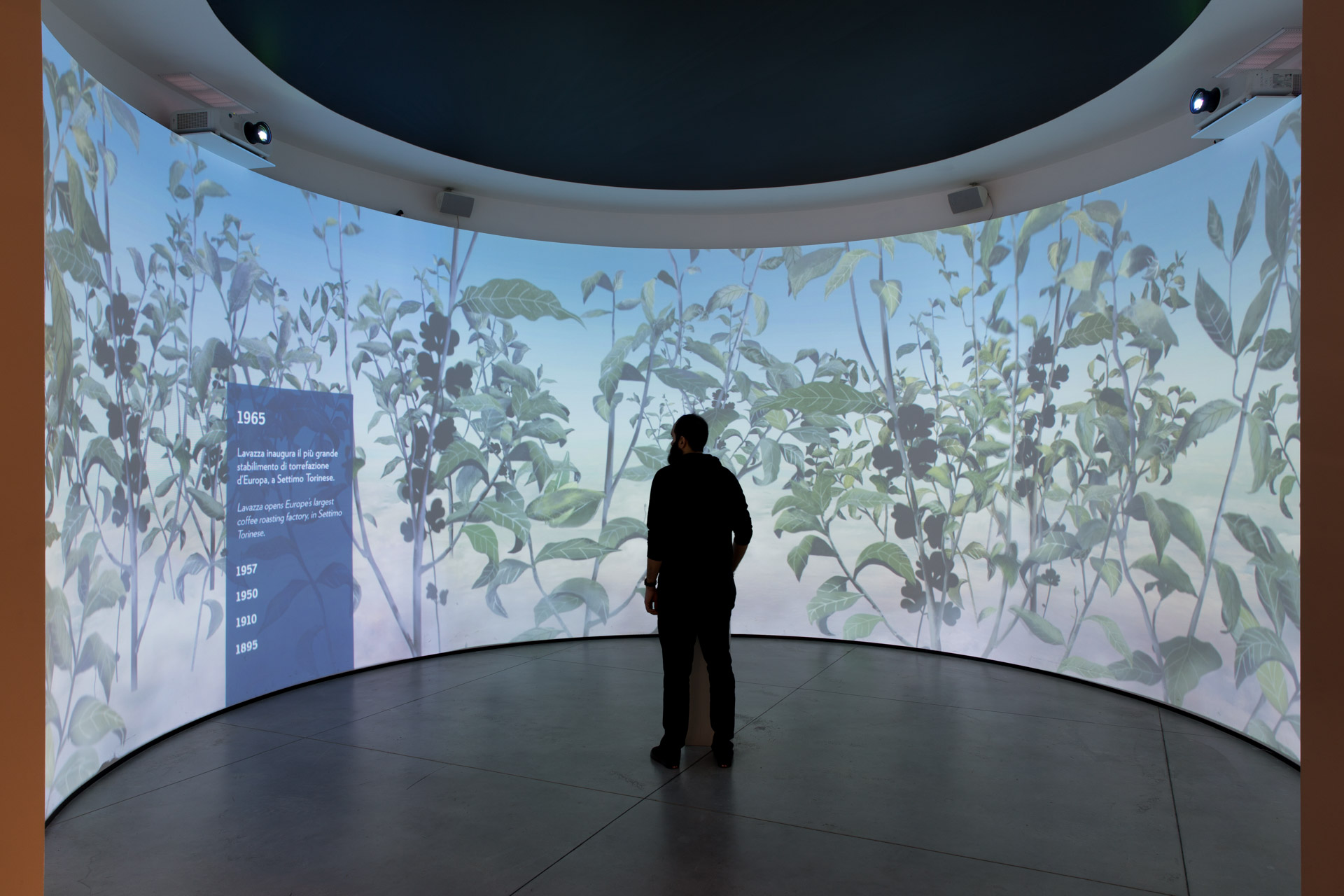 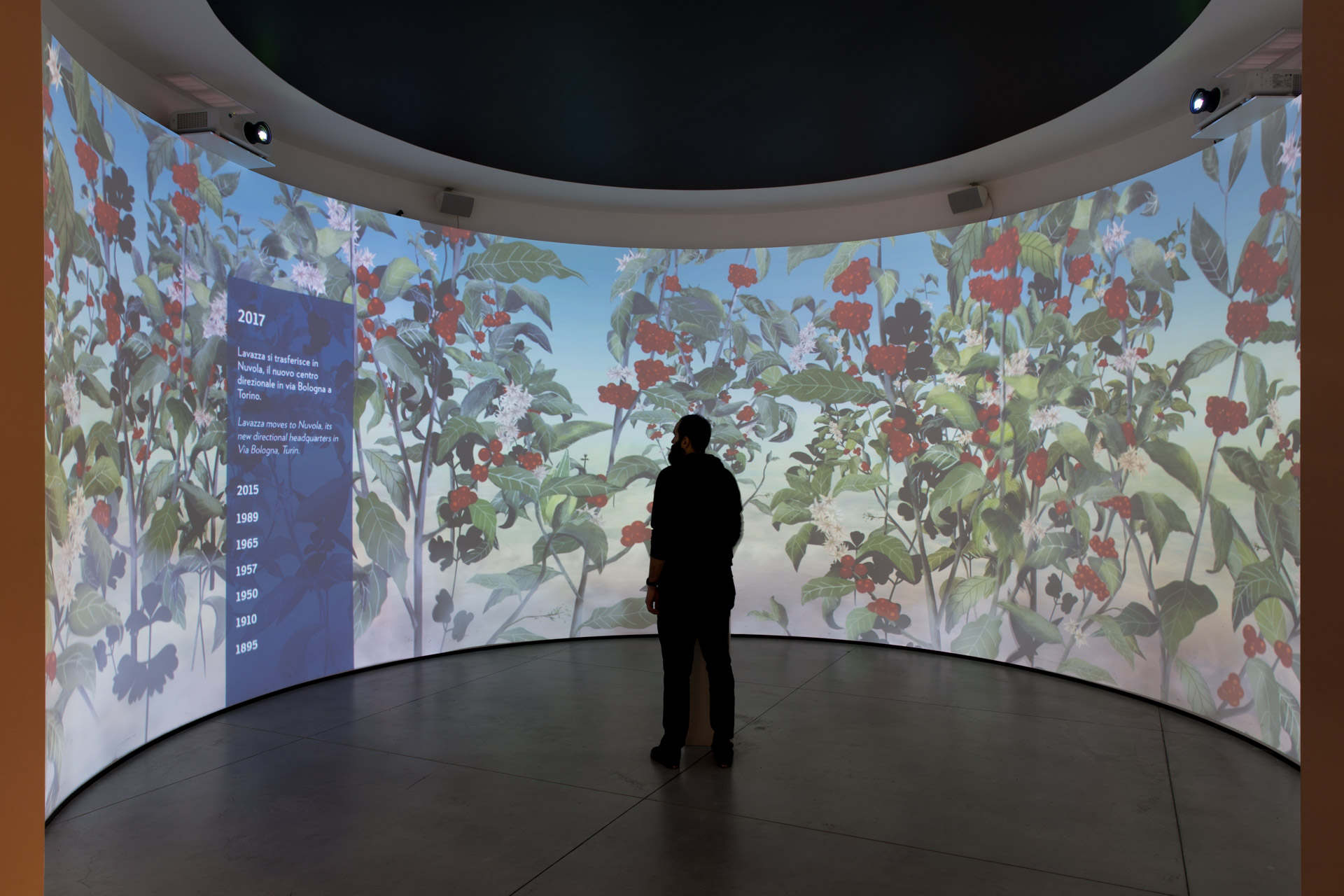 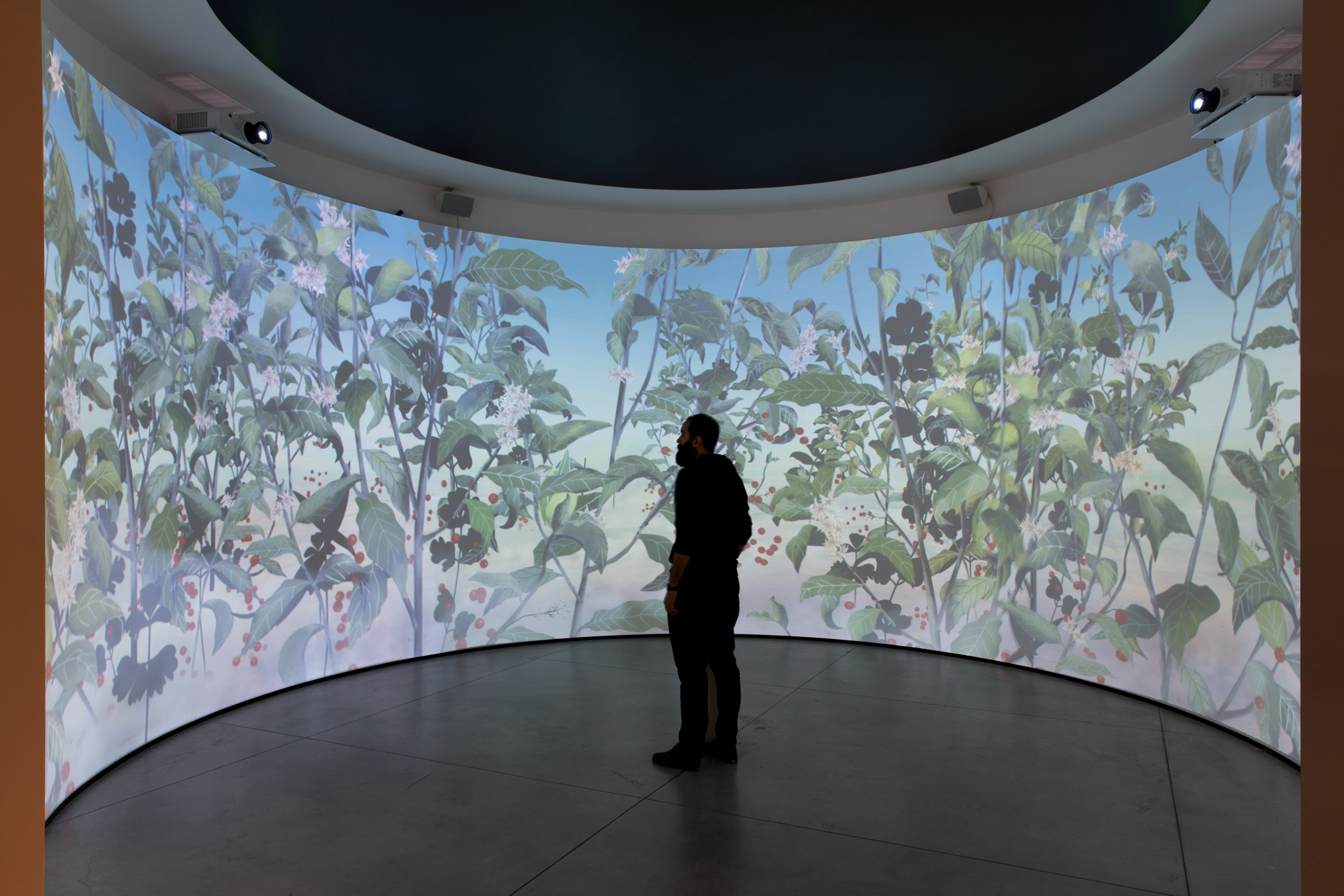 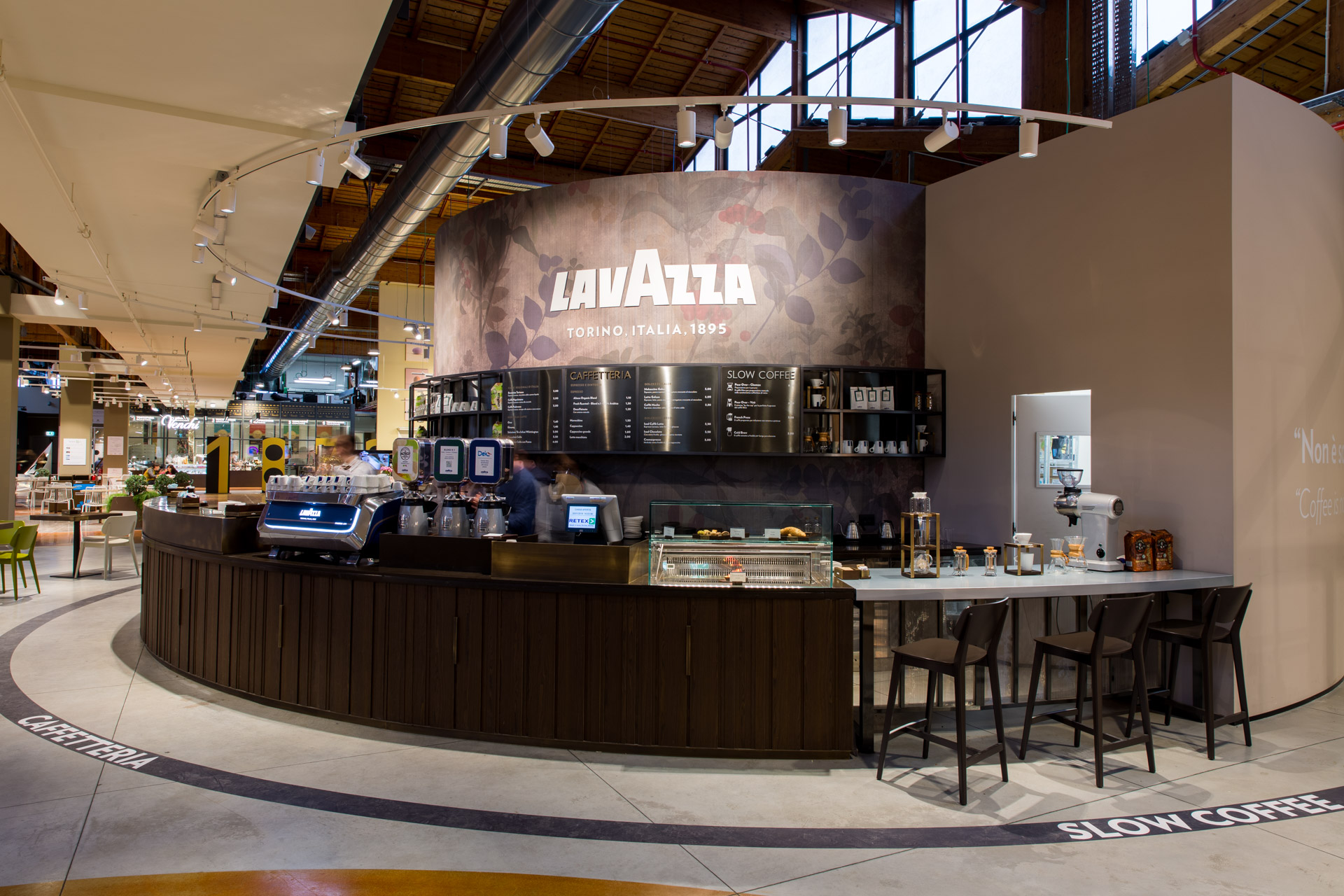 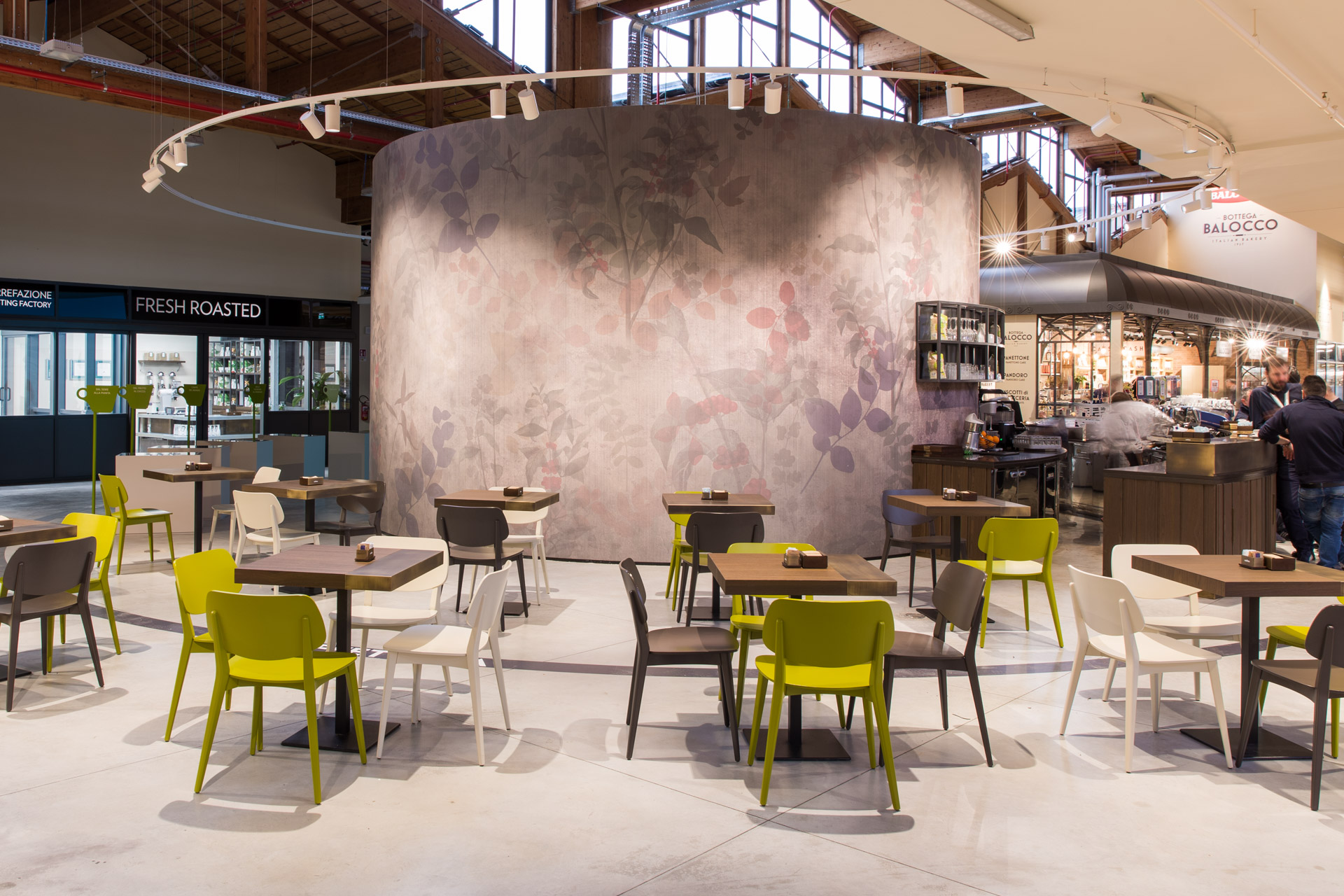 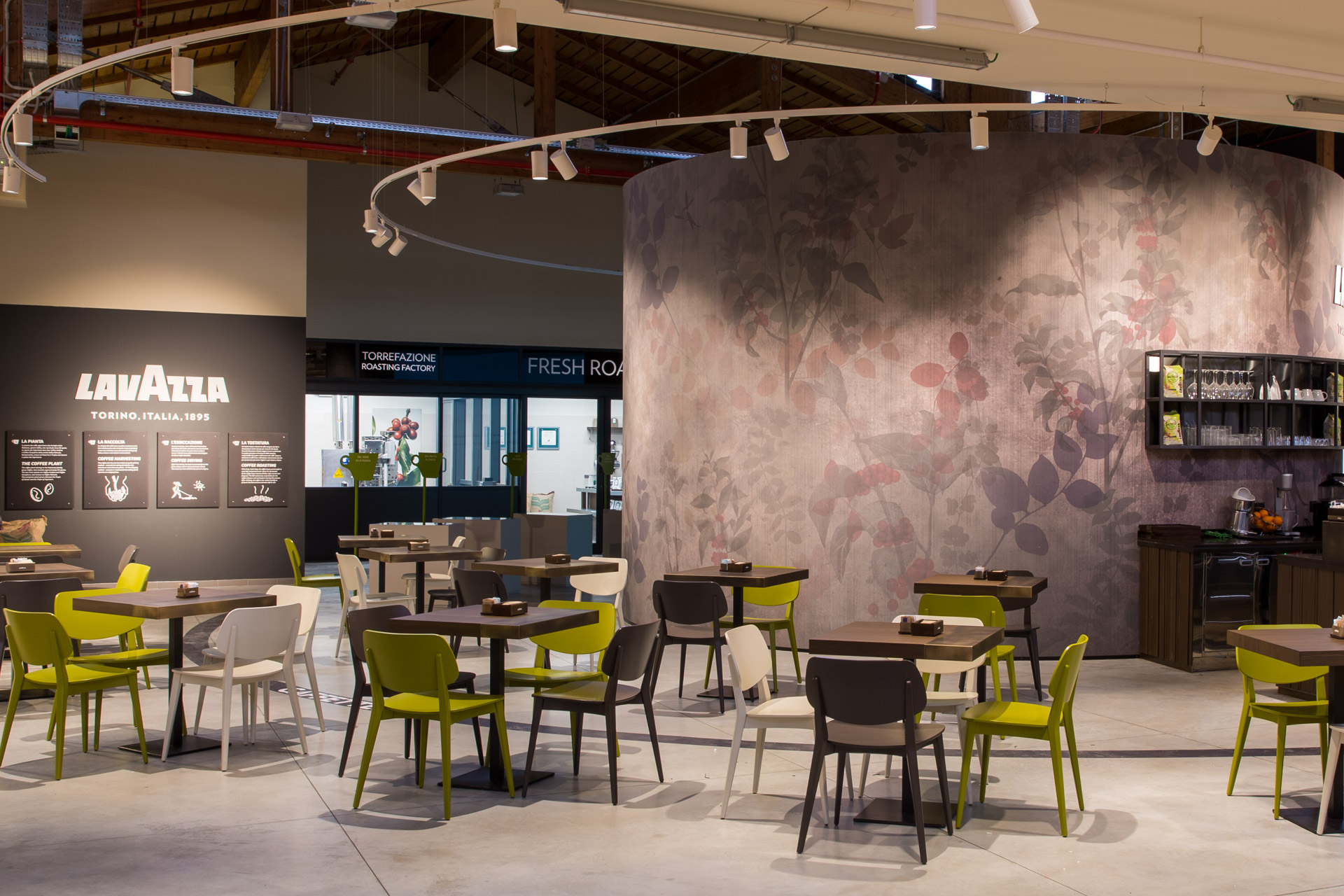 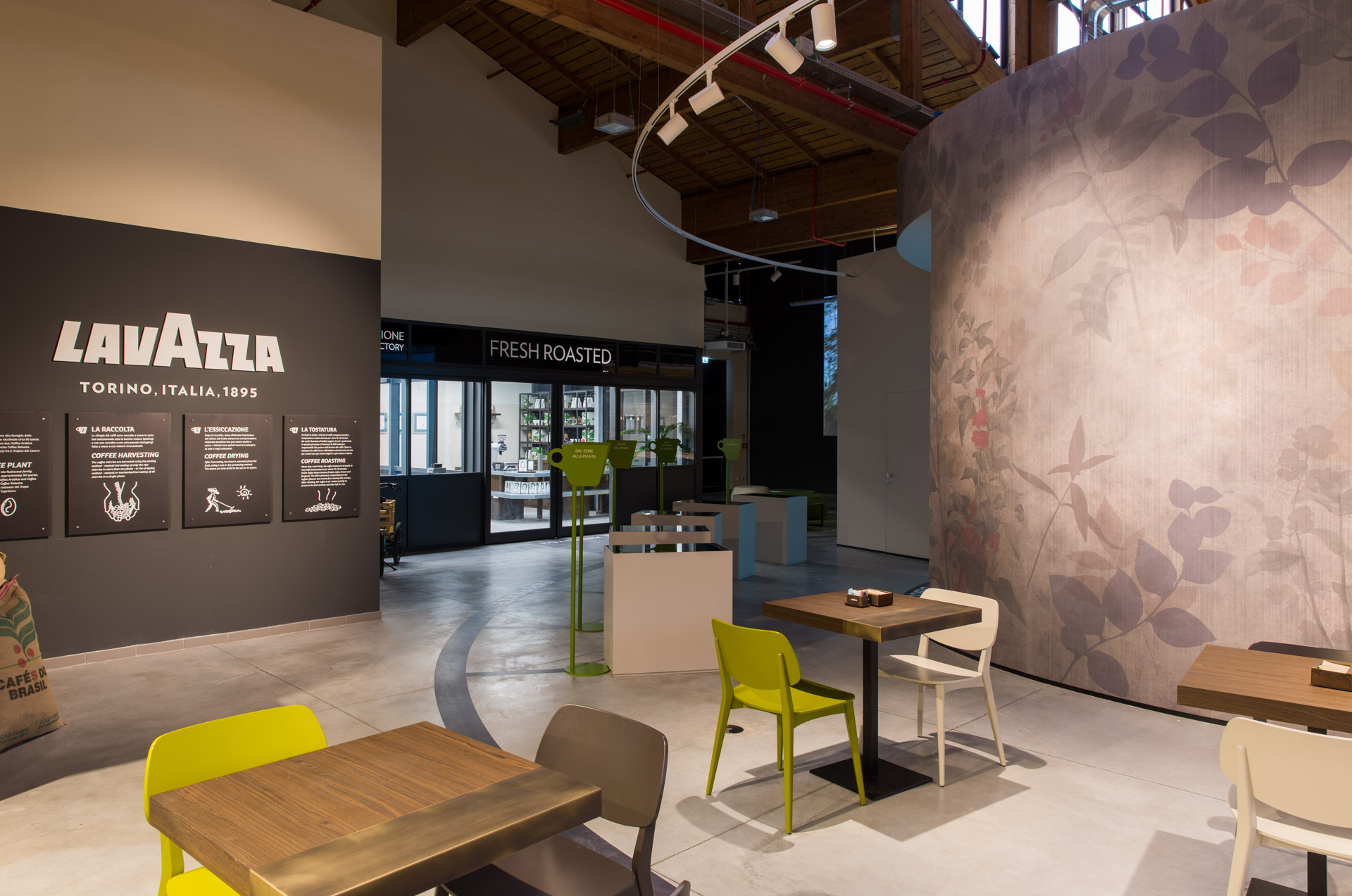 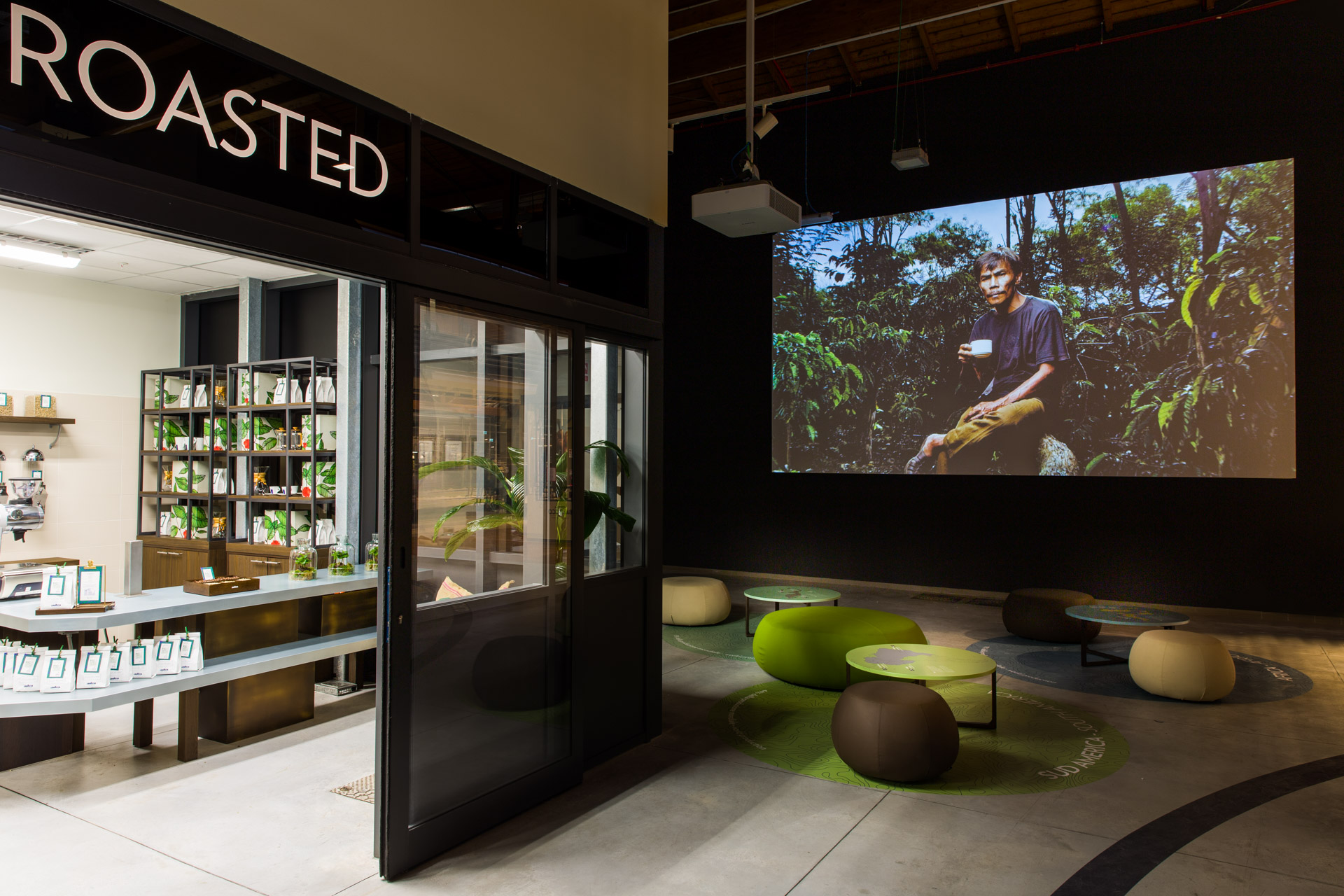 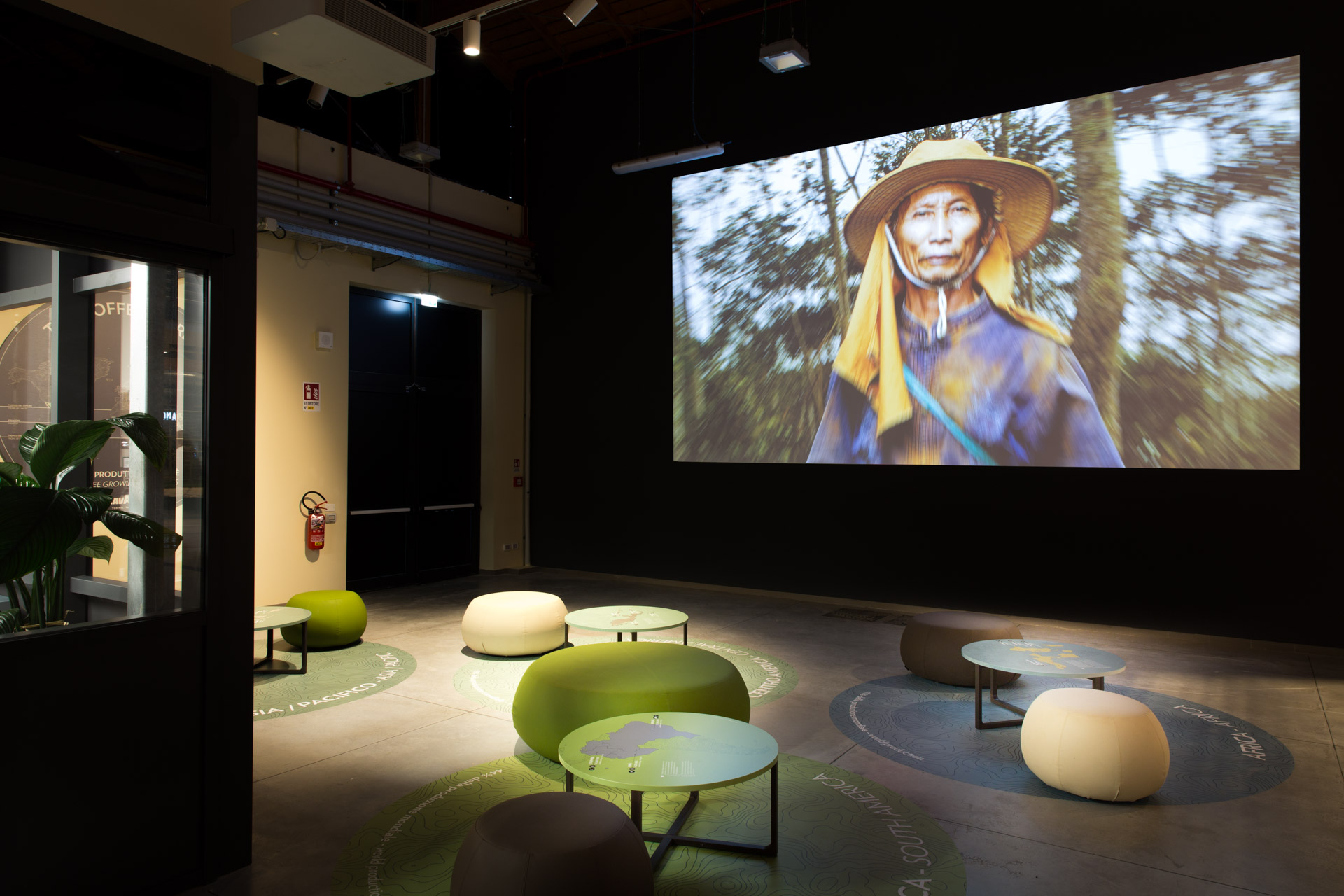 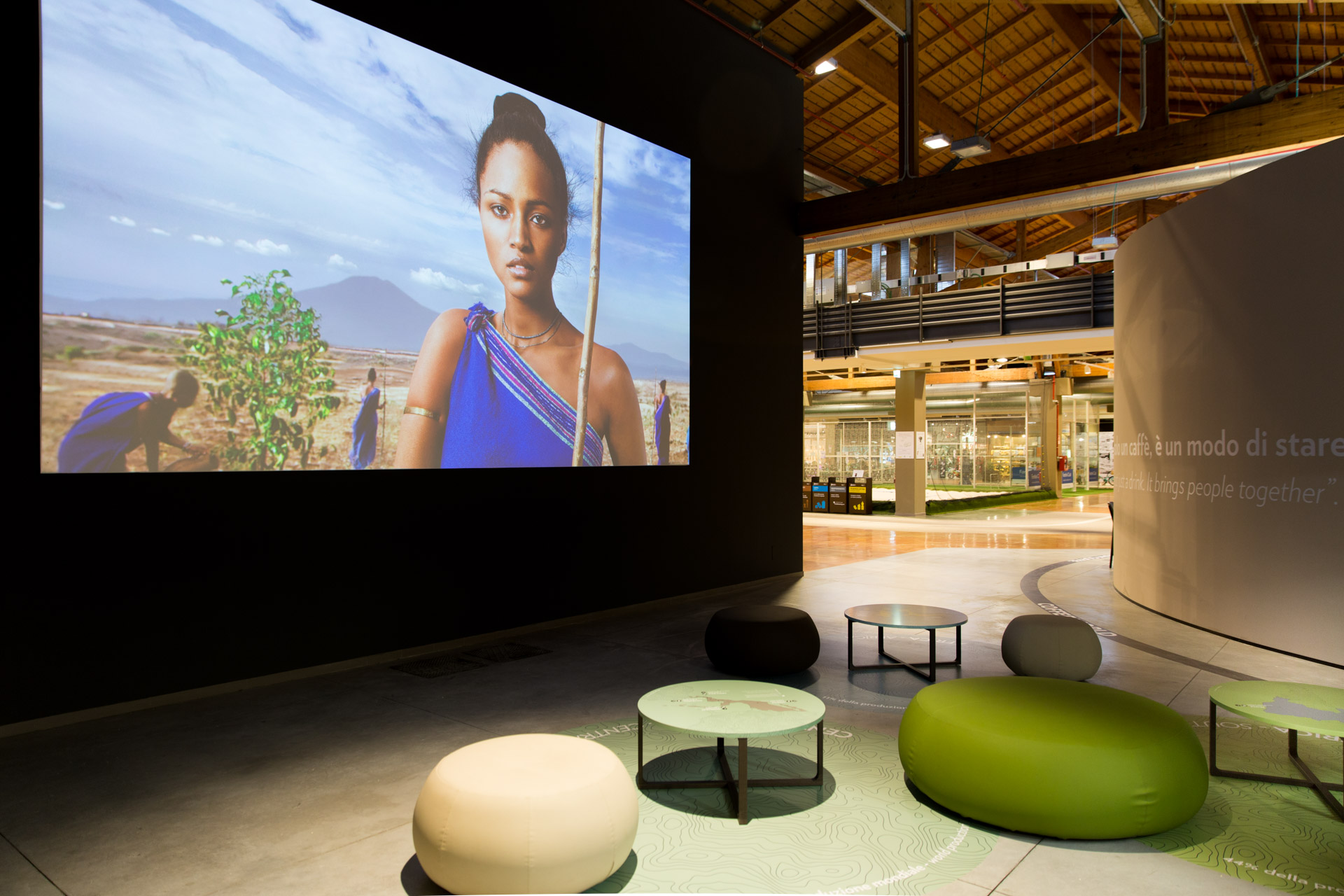 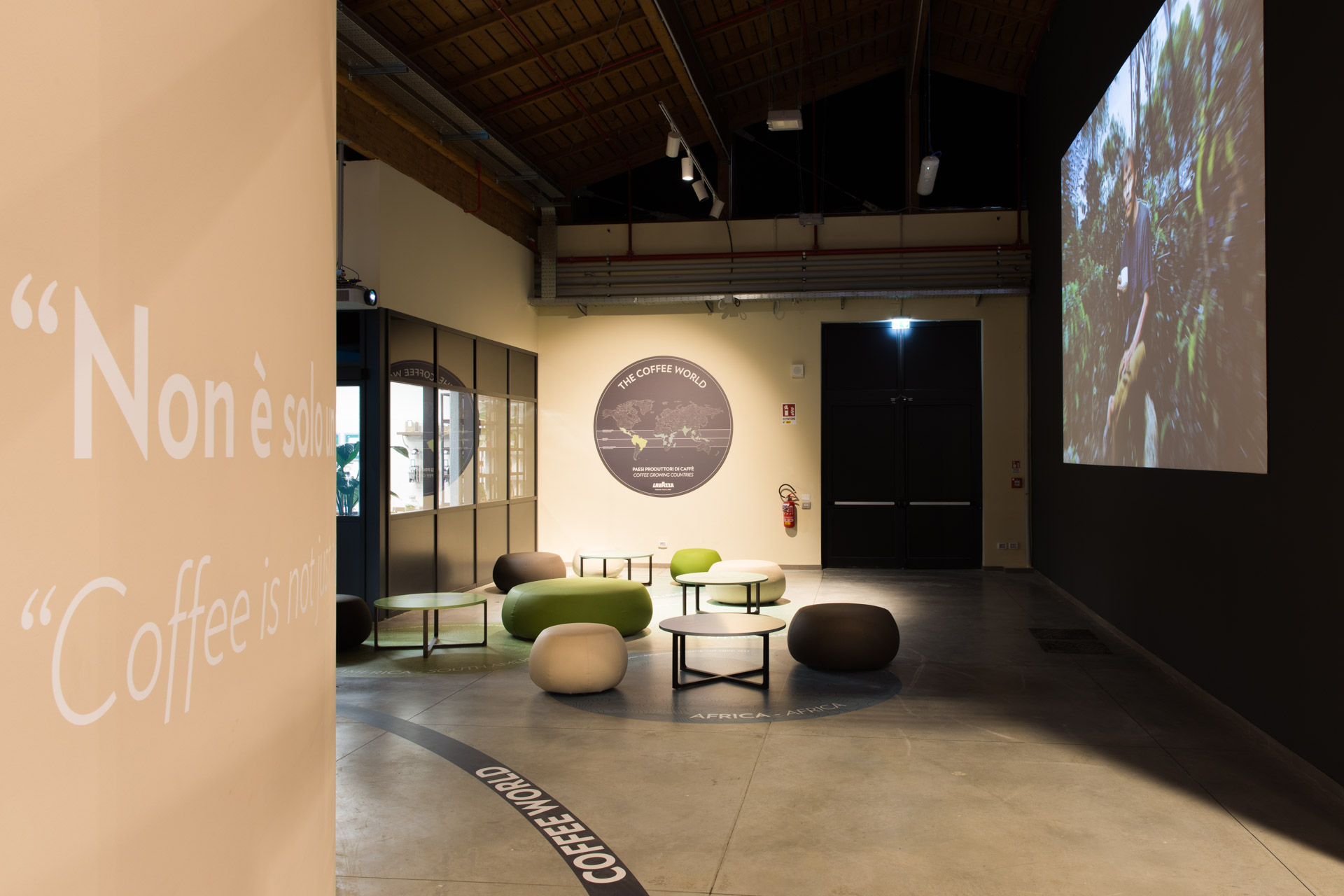 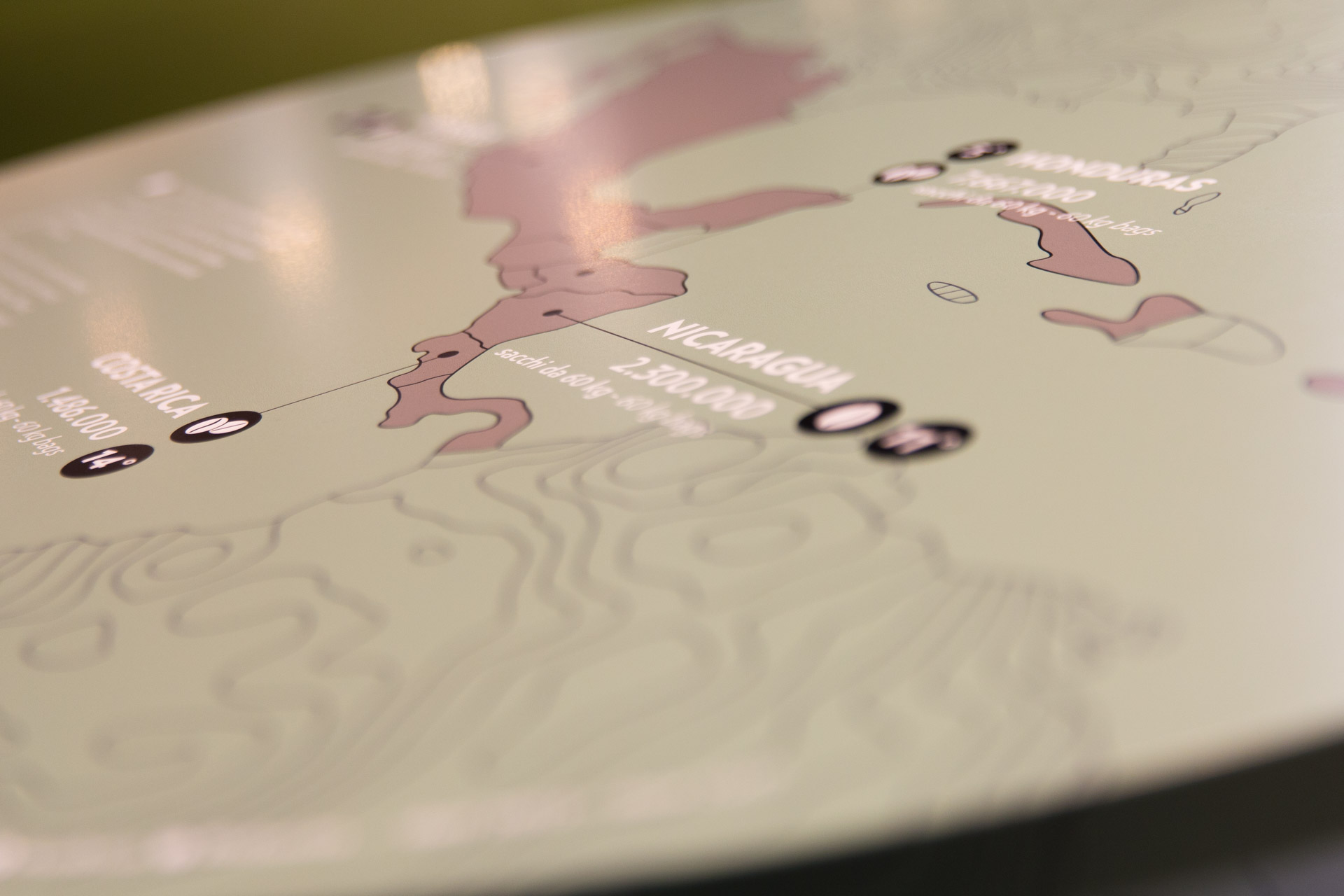 In the new Lavazza space inside F.I.CO. Eataly World in Bologna, the spaces follow each other along a circular development without real separations. The storytelling of the raw material supply chain is in fact set in a large central area where a circular video scenario, composed of multiple synchronized projections, introduces the audience to the Lavazza universe through a 360 ° multimedia path along a coffee plantation that will appear gradually on the wall and that can be triggered by visitors through a large grinder. To begin with the phases that make up the production of coffee, there is a selection of teaching that illustrates in 5 locations the entire supply chain, from seed to plant, up to toasting and siege. In the lounge area you can contemplate a large projection that has as protagonists the Earth Defenders, witnesses of a sustainable agriculture world, portrayed by masters of photography such as Steve McCurry, Joey L. and Denis Rouvre.