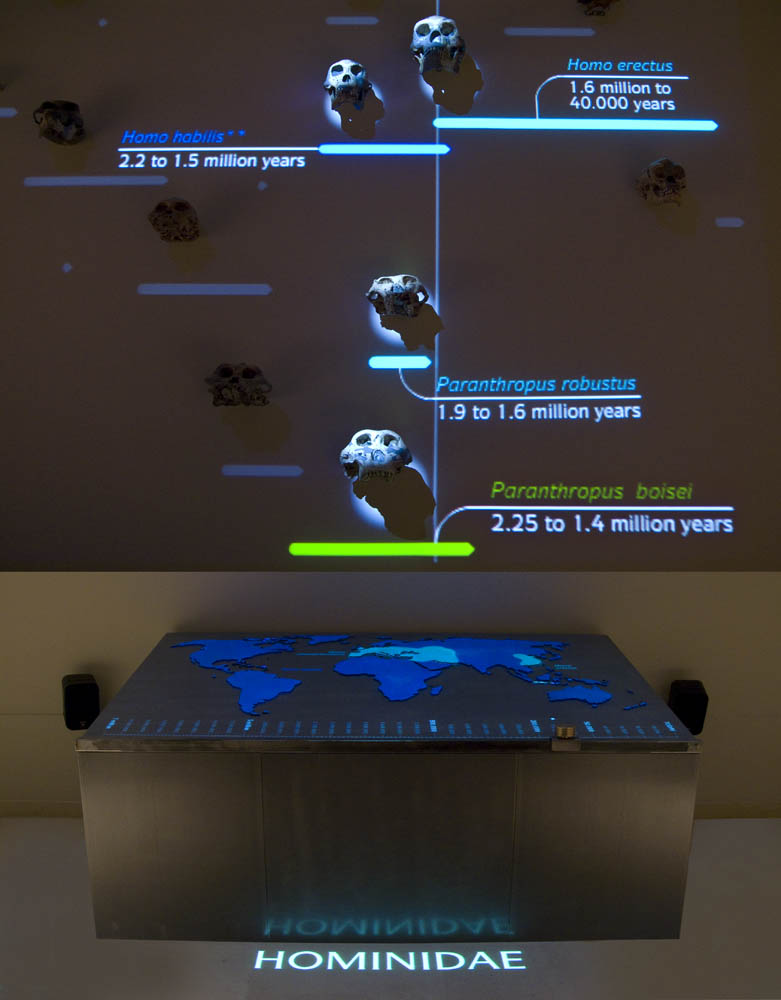 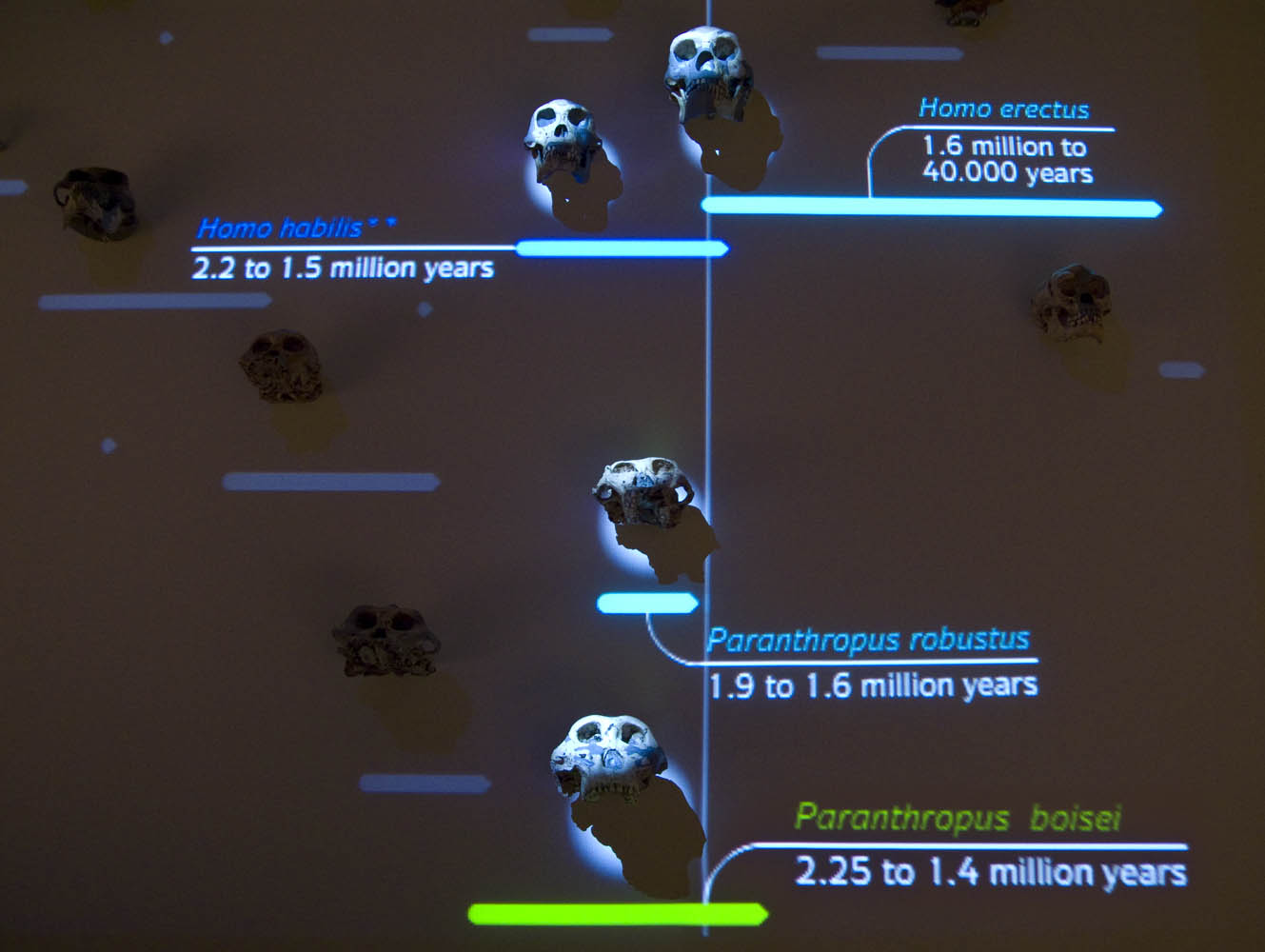 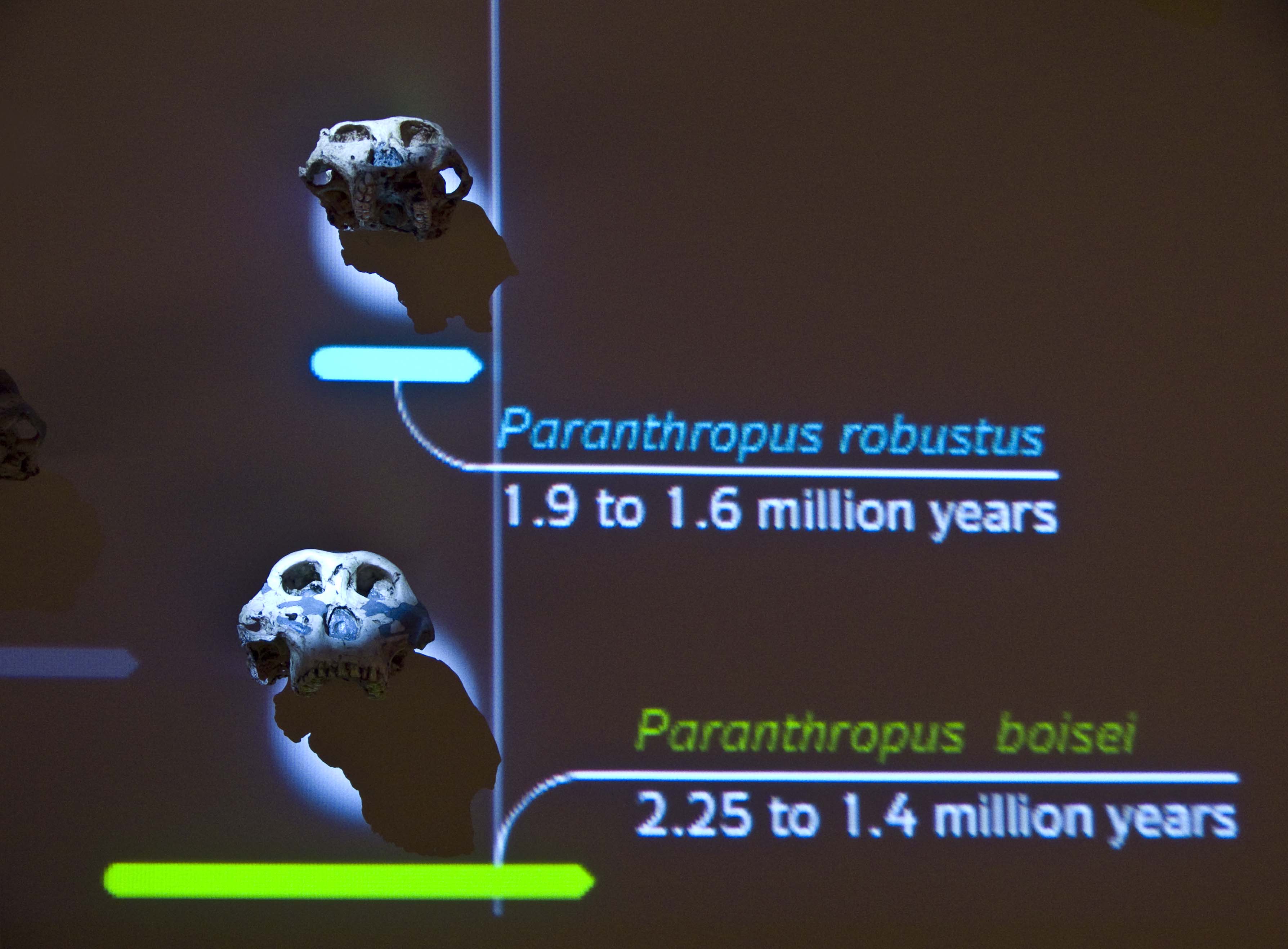 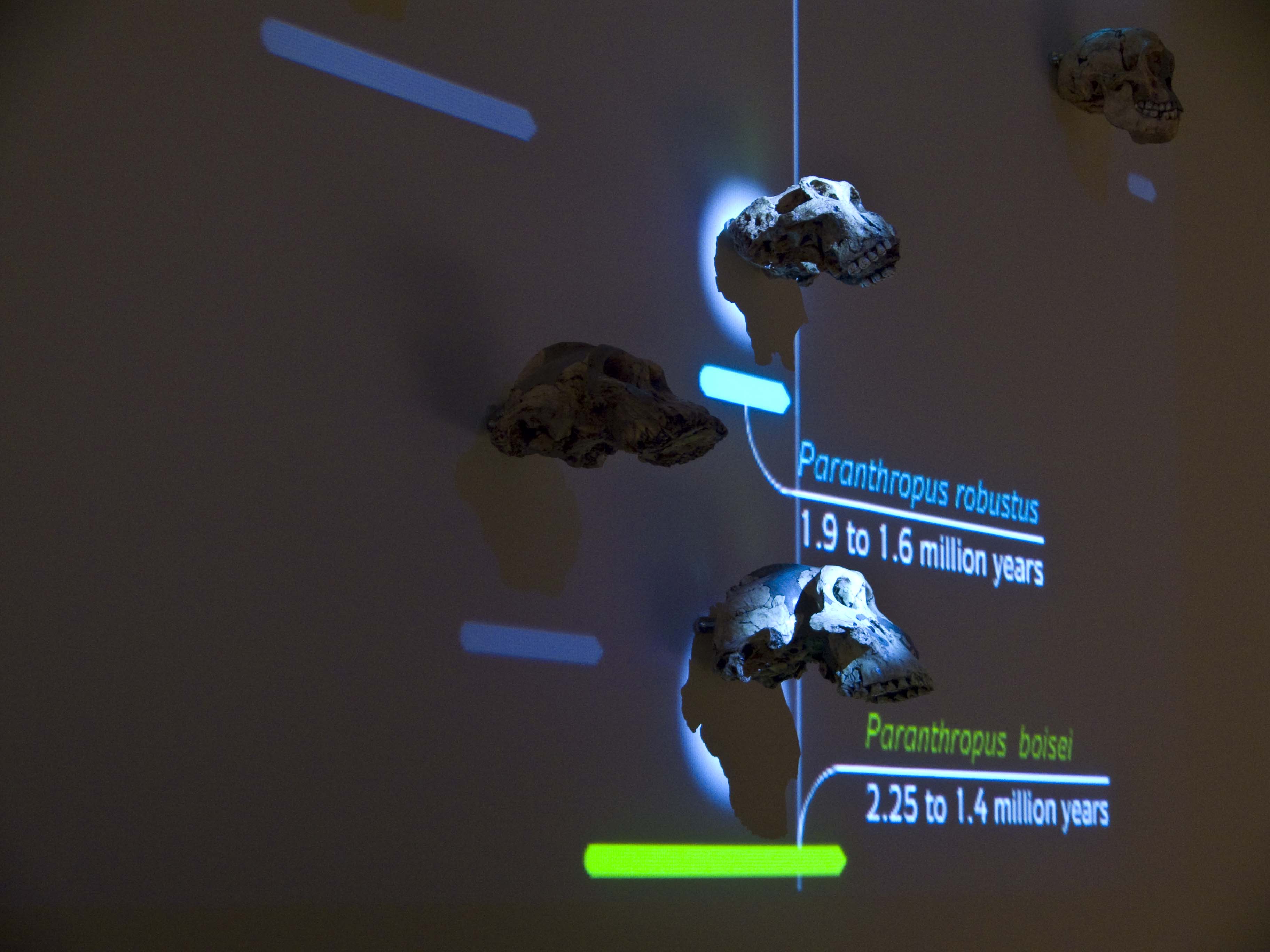 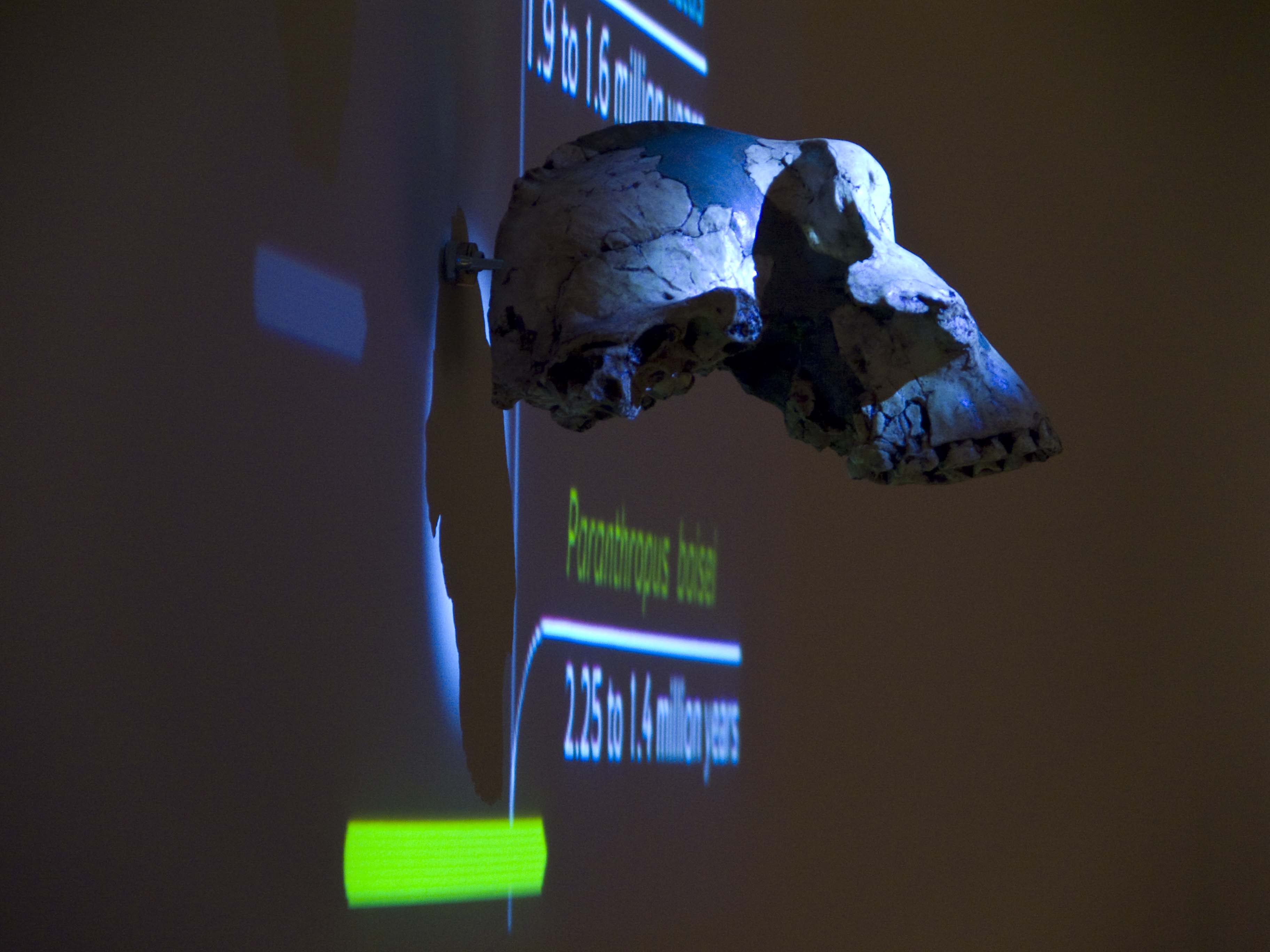 With these two video projections, the first on a wall and the second on a large metal planisphere, the visitor can glance at the period of history in which various species of hominids lived and the sites of the main finds.
These data are shown with the help of a dynamic graphics, animated by an interactive time bar: the movement of the cursor along a millimetre scale corresponds to the passage of time and the various phases of evolution.
The large wall projection shows a number of bones retrieved next to the names of the hominids , thus creating a dialogue between the three-dimensional finds and the multimedia projection.